Production – A Taste of the Irish November 2019

This years Not the Music Hall has been cancelled and replaced with A Taste of The Irish.

Sadly, after some discussion, it became clear that we really didn’t have enough people available this year to put on a Not the Music Hall show, do all the back-stage and technical stuff and provide a supper. It was therefore reluctantly decided to cancel Not The Music Hall for this year. 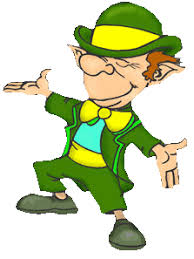 But all was not lost, did you know we have a writer / storyteller in the village? Barford Drama group persuaded ‘Mac’ to join us for A Taste of ‘The Irish’ on November 22nd & 23rd. The evening consisted of story-telling, music, a bar and a good hot supper.

The performances were dedicated to the memory of our dear friend and valued member of the Drama Group for many years, Ian Findlay.

Proceeds from the two evenings went to The Lewy Body Society whose mission is to fund clinical research to improve the diagnosis and treatment of Dementia with Lewy Bodies (DLB) and to raise awareness of the disease.

Many people will not have heard of this charity or of DLB. It is in fact the third most common form of dementia after Alzheimer’s and Vascular dementia. Most of what is written about ‘dementia’ relates to these two better known dementias. DLB and Parkinson’s are both Lewy Body diseases. Lewy bodies (so called after Dr Friedrich Heinrich Lewy who discovered them) are microscopic protein deposits in the brain associated with the death of cells. The difference between Parkinson’s and DLB is basically where they start; in the mid-brain and the cerebral cortex respectively.

The Lewy Body Society website (www.lewybody.org) provides information to help those who need to understand the disease and its impact.

0
Do NOT follow this link or you will be banned from the site!